The Statler Brothers have won more awards than any artist in history and they have been inducted into both the Country Music Hall of Fame and the Gospel Music Hall of Fame. The Statlers have stacks of gold and platinum albums, decades of standing-room-only concerts, a number one television series that ran for seven seasons, and a staggering list of hit records. The lives they have touched are in the millions and those who have touched theirs are inside the cover of Random Memories, a collection of ‘random memories’ of Statler Brothers actual brothers Harold and Don Reid. Random Memories is available as a hardback book or as an audio book on CD, narrated by Harold and Don themselves.

Also available from Yell Records is Amen, the final studio album of the Statler Brothers career recorded in May of 2001. Amen was produced by the Statler Brothers longtime producer Jerry Kennedy; and not only featured songs by Harold, Don and Jimmy but also Harold’s son Wil and daughter Kim and Don’s sons Debo and Langdon. Wil and Langdon are members of the country music duo Wilson Fairchild and Grandstaff and Wil and Langdon interviewed their famous dads to promote the release of Random Memories.

For more information on the Statler Brothers go to thestatlerbrothers.com.

"The Statler Bros. Random Memories is over three hundred pages of wonderful, heartfelt stories including seventy-nine pictures, many of them from Harold and Don's private collection never released to the public until now. Seventeen of the eighteen chapters begin with a few lines from a Statler Brothers song that sets the tone for the chapter and an entire chapter, Chapter Fifteen to be exact, is devoted to telling the stories behind many of the Statlers' biggest hits. Chapter Sixteen is the opportunity for Harold and Don to tell us about meeting their heroes. They tell us about Presidents Nixon, Carter, Reagan, and George H.W. Bush (41). They tell us about Nancy Reagan, Colin Powell, and Anwar Sadat. We learn about their experiences with Dean Martin, Elizabeth Taylor, Roy Rogers, Gene Autry, John Wayne, Joan Crawford, Mae West, Jerry Lewis, John Ritter, Frank Sinatra, Oprah Winfrey, Marty Robbins, Roy Acuff, Minnie Pearl, and many others. And of course, they tell us a few Johnny Cash stories. Harold starts off Chapter Five by writing, "I know you're wondering along about here, 'is this book gonna tell us some Johnny Cash stories?' The answer is yes. We have about ten thousand." Harold and Don tell about their television work, beginning as a regular cast member on The Johnny Cash Show and ending with their seven year run as the #1 show on TNN with The Statler Bros. Show. In between we learn about their appearances on Dean Martin's Christmas specials, their own holiday specials, and many others. You'll also hear stories you've never heard beforeï¿½like which one of the Statler Brothers spent the night in jail while on the road, or what Hollywood legend called the Statler office to sing an audition for a Statler TV special. You'll also read about the time Harold and Don dressed up as women." 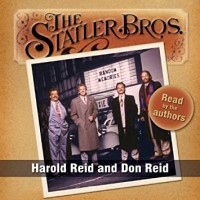 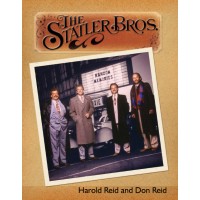 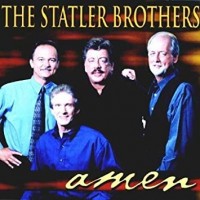